Interview with the CEO

Probiotics are the future

From Secretary General of the Swedish Childhood Cancer Fund to CEO of a listed, international probiotics company. 2018 was a momentous year for Isabelle Ducellier.

She took up her new position in November. Her mission is to continue to build and establish BioGaia as a global probiotics brand. She is passionate about this task which is completely consistent with her previous experience. For almost 25 years Isabelle Ducellier worked with several brands within the French beverage group Pernod Ricard. 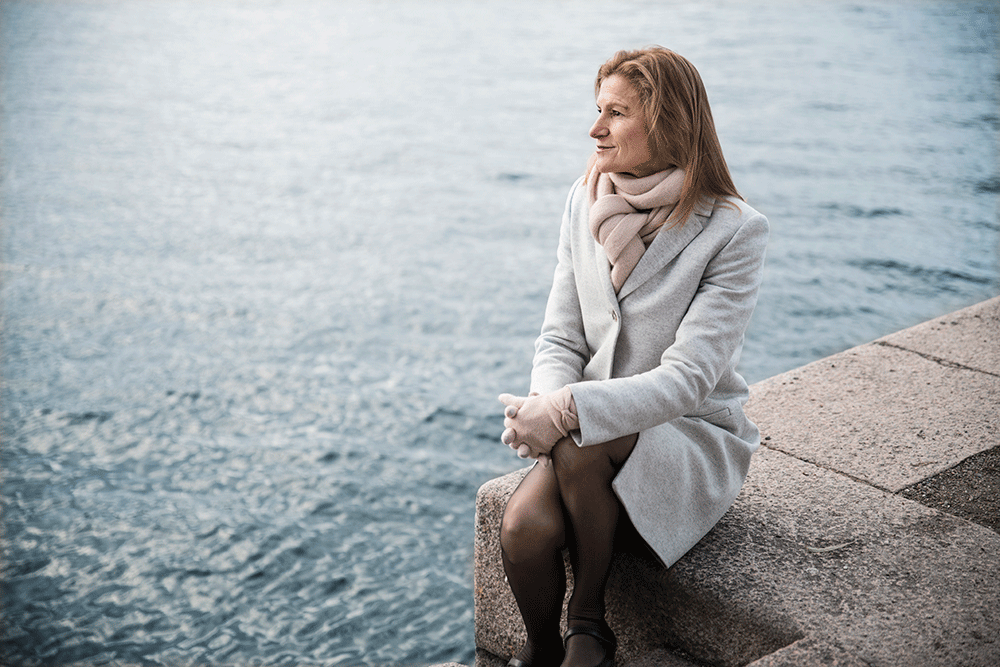 Isabelle was born in northern France. After studies in international marketing at the Emlyon Business School, she joined Pernod Ricard in 1991. There she held various leading positions within marketing and sales, not only in France but also in Poland, Germany, Austria and Sweden. At the turn of the millennium, she became the company’s Marketing and Sales Director in Sweden and in 2008, when Pernod Ricard acquired the state­owned wine and spirits company Vin & Sprit, Isabelle was appointed CEO of Pernod Ricard Sweden. Her first and key task was to integrate the organizations of these two companies – one French and family­owned and the other Swedish and state­owned.

“I imagined this would go quite smoothly but I soon realized how complicated it was,” says Isabelle. “The French management style is more hierarchical than the Swedish and the French are not afraid of conflict, while Swedes would rather discuss and seek consensus.”

After hard work and a lot of patience, a common corporate culture was gradually created. During the process speakers were engaged who described the cultural differences in a humorous way and a model was found that preserves the best aspects of each management style.

“Making decisions based on discussions with various colleagues often results in more sustainable and respected solutions. At the same time, conflicts can be rewarding for airing different opinions,” explains Isabelle.

In 2015, Isabelle felt it was time to move forward in her career and she therefore gained an MBA from Harvard University. At the same time, her 15­-year-­old son was diagnosed with cancer and it felt totally right for Isabelle to leave Pernod Ricard and instead focus entirely on caring for her son and supporting him during his treatment. During this tough year at the hospital, Isabelle came into contact with the Swedish Childhood Cancer Fund and in 2017, when her son’s treatment was completed, she accepted an invitation to become the Secretary General of the organization.

“The Swedish Childhood Cancer Fund is a professional organization for which I have great respect. For me, being Secretary General was no regular job, it was a way of giving something back for all the help and support we received when my son was undergoing treatment,” she says.

At BioGaia’s annual general meeting in April 2018, Isabelle was elected as a member of the Board. When shortly afterwards the then Managing Director Axel Sjöblad left the company, she was invited to take over this position.

“This was a difficult decision since I had only been with the Swedish Childhood Cancer Fund for a relatively short time,” says Isabelle. “But having familiarized myself with the company’s operations for my role on the Board, it felt right. The organizational culture matches my own values and I am fascinated by BioGaia the company, the products and the entire sector. I am convinced that we have only just begun our journey with probiotics. Further more, I have many years’ experience of marketing and am passionate about building strong brands. Its research focus makes BioGaia a competent and serious player in the growing, global probiotics market. The potential is enormous and I believe that BioGaia should be as wellknown as some of the brands I worked with previously and an obvious choice for consumers and healthcare professionals – a challenge that I am ready to take on.”