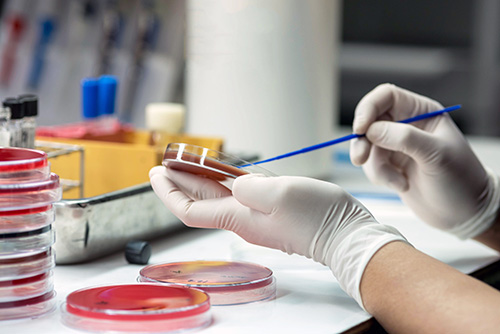 MetaboGen and BioGaia have agreed to initiate a new development program addressing restoration of the microbiome after antibiotic treatment. The program will combine expertize and experience from both companies and is part of the long-term relationship between MetaboGen and BioGaia.

The microbiome has gained considerable interest as modulators of health and disease over the past 15 years. The human gut microbiome consists of 500-1000 species distributed over a few phyla, where most species belong to Firmicutes and Bacteroidetes. An altered microbiome has been associated with several different life-style diseases such as obesity, type 2 diabetes and inflammatory bowel disorder. In general, these diseases are characterized by reduced microbial diversity. Antibiotics are commonly used and can disrupt the microbial ecology. In a recent study, it was demonstrated that ciprofloxacin had profound and rapid effect on the gut microbiota, with a loss of diversity and a shift in community composition occurring within 3–4 d of drug initiation. By one week after the end of each course, communities began to return to their initial state, but the return was often incomplete. Although broadly similar, community changes after ciprofloxacin varied among subjects and between the two courses within subjects. In all subjects, the composition of the gut microbiota stabilized by the end of the experiment but was altered from its initial state. As with other ecosystems, the human distal gut microbiome at baseline is a dynamic regimen with a stable average state. Antibiotic perturbation may cause a shift to an alternative stable state, the full consequences of which remain unknown. Thus, it may be essential to recover the microbiome after treatment with antibiotics.