80 infants aged <5 months with colic and exclusively or predominantly (>50%) breastfed were randomly assigned to receive Lactobacillus reuteri DSM 17938 (Lactobacillus reuteri Protectis, 10^8 CFU) or placebo, once daily for 21 days. The primary outcome measures were the treatment success, defined as the percentage of children achieving a reduction in the daily average crying time ≥50%, and the duration of crying (minutes per day) at 7, 14, 21, and 28 days after randomization. In addition to this, the parents’ perception of the baby’s colic and the quality of life of the parents and the family were measured. 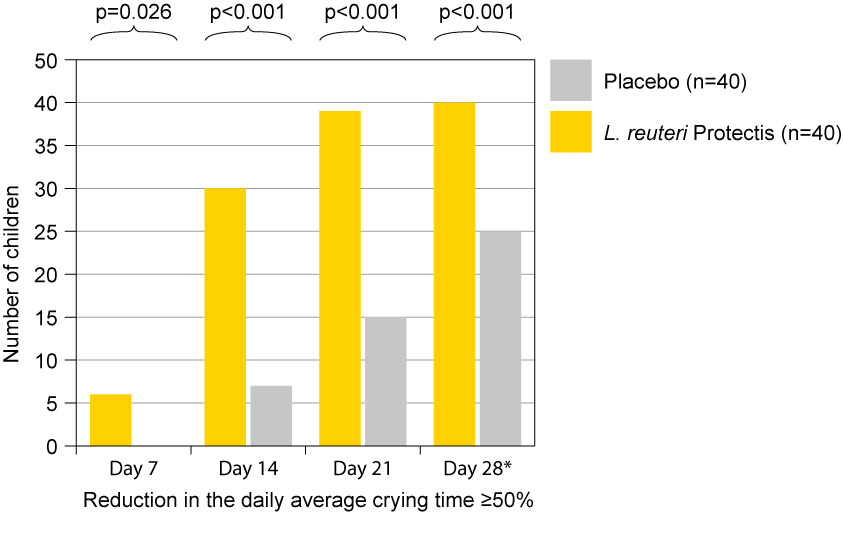 *Follow-up 1 week after termination of intervention

Moreover, in terms of the parents’ perception of the baby’s colic and quality of life, the study showed highly significant improvements in the probiotic group as compared to the placebo group. 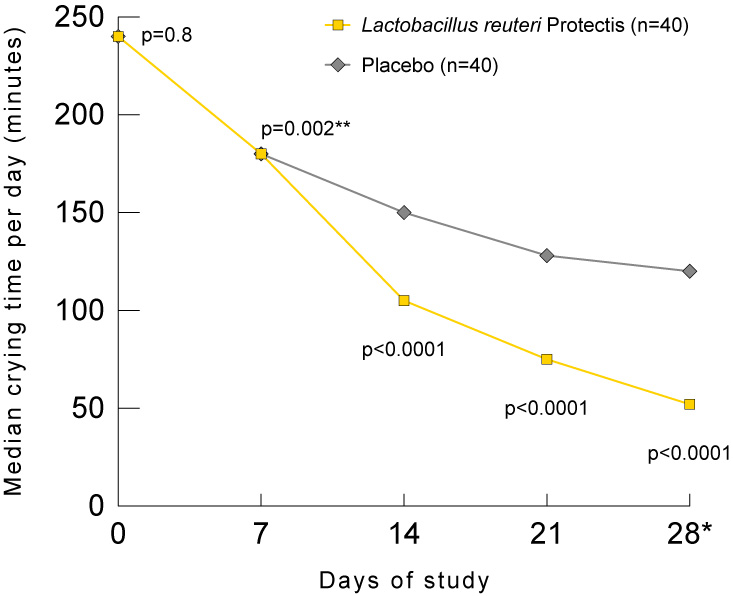 Conclusions
Exclusively or predominantly breastfed infants with colic benefit from the administration of Lactobacillus reuteri Protectis compared with placebo.