Lactobacillus reuteri and the oral carriage of mutans streptococci

A study in several parts beginning with the effect of different probiotics on the growth of Streptococcus mutans (a bacterium correlated with the risk of caries).

A laboratory screening of probiotic bacteria isolated from 18 different fermented dairy products available in Japan showed that Lactobacillus reuteri ATCC 55730 was the only strain that inhibited the growth of Streptococcus mutans. A further laboratory study verified that Lactobacillus reuteri had no harmful effect on dental enamel. A clinical study was also performed in which 40 subjects with healthy mouths took part. Half of them ingested 95 g daily of yoghurt containing Lactobacillus reuteri with their lunch, while half ingested the same quantity of a placebo yoghurt. After 2 weeks the groups changed the study product and the subjects thus served as their own controls. 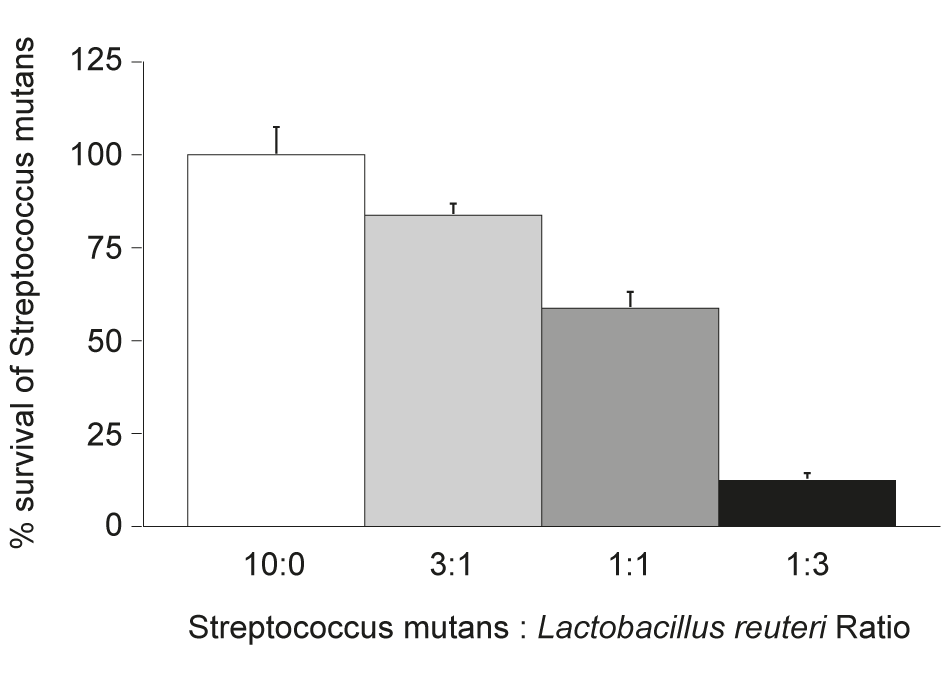 Conclusion: The daily ingestion of yoghurt containing Lactobacillus reuteri for a period of two weeks significantly reduced the number of Streptococcus mutans in the saliva of healthy subjects. This effect was consistent also for at least two weeks after ending the intake of the probiotic yoghurt. Lactobacillus reuteri was the only bacterium in a laboratory screening test of probiotic bacteria from 18 fermented milk products that showed inhibition of Streptococcus mutans.