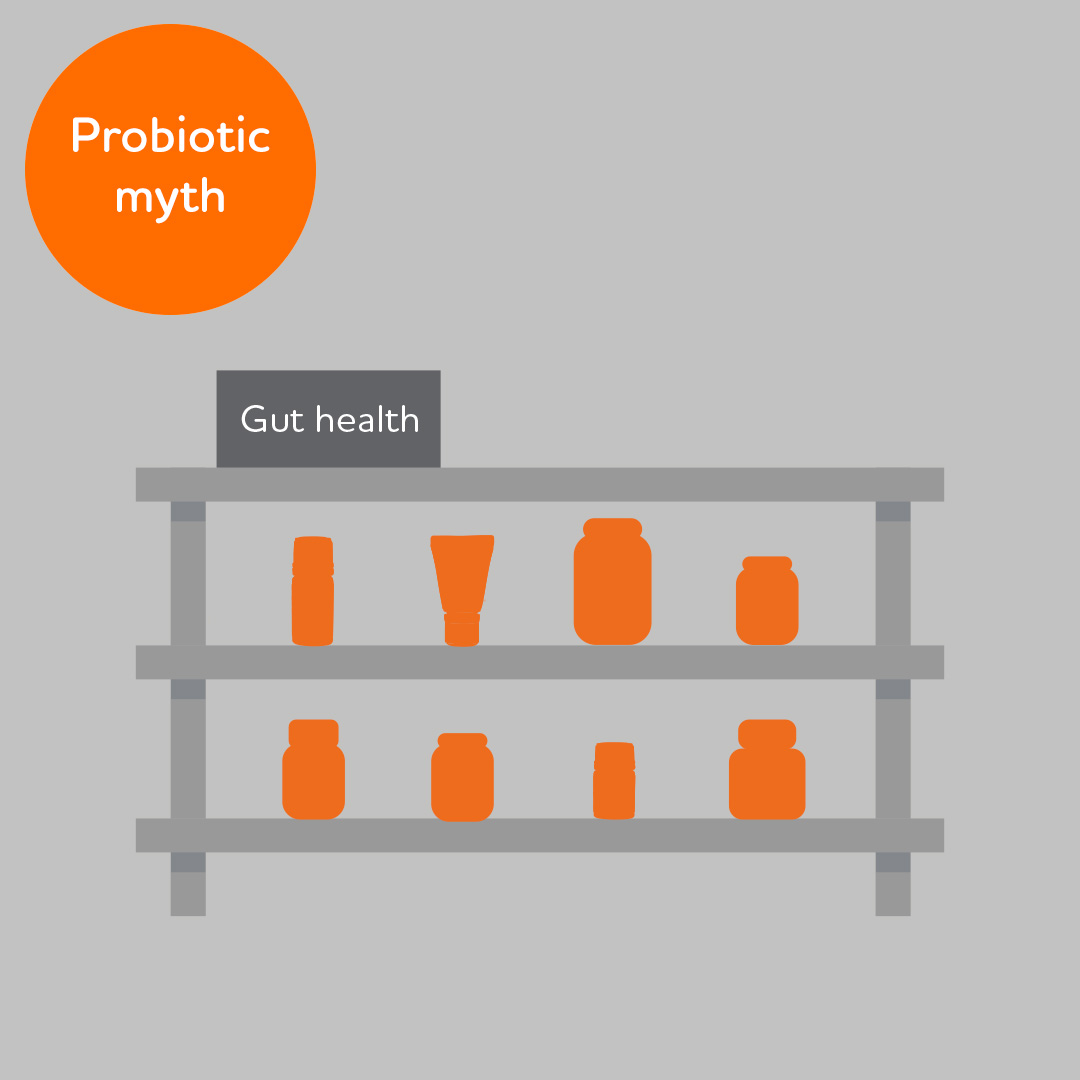 “All probiotic products have the same effect” 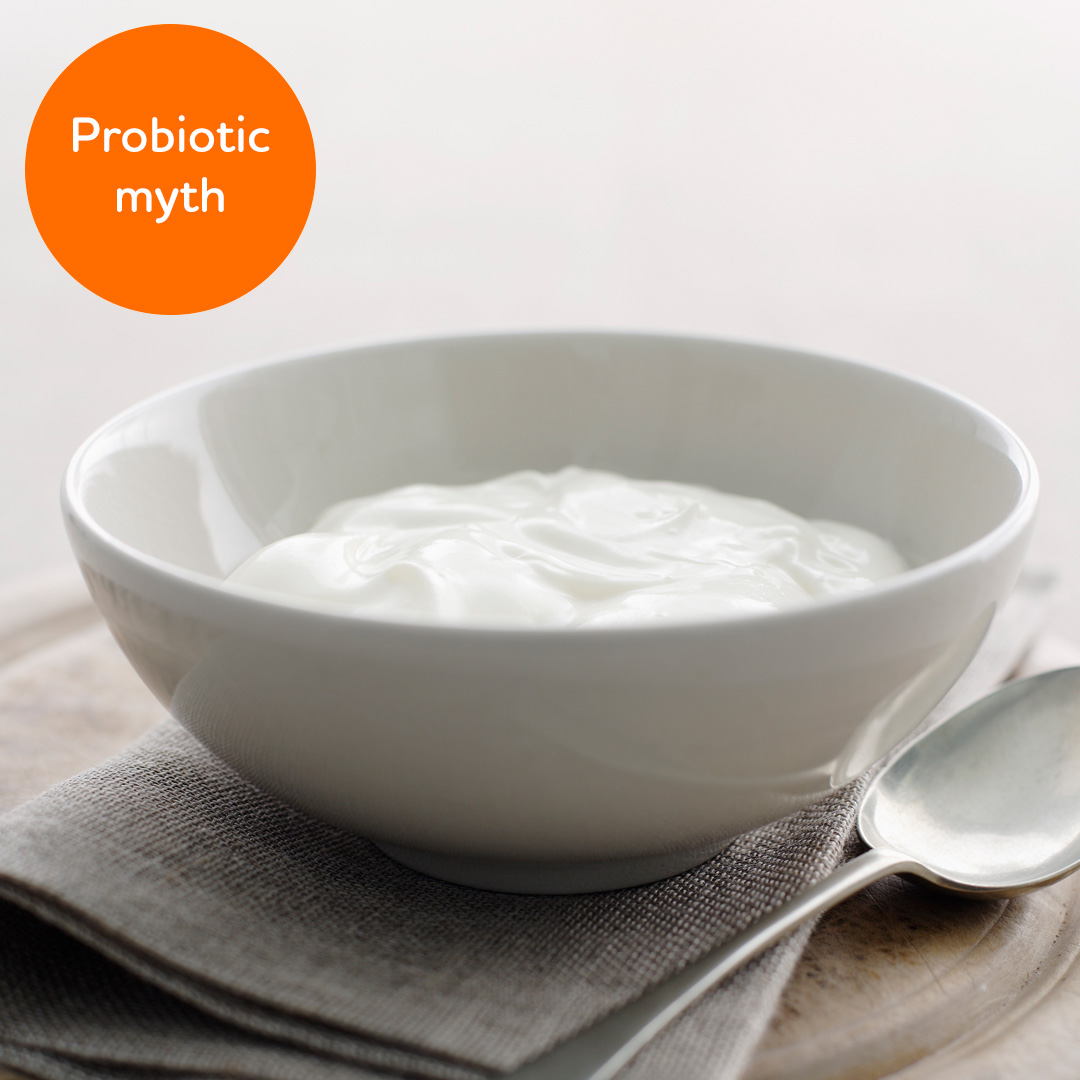 No, there are many different lactic acid bacteria such as Lactobacillus bulgaricus, Bifidobacterium animalis, Streptococcus thermophilus and Lactobacillus reuteri, but all of them do not have probiotic effects. Lactic acid bacteria are divided into genus, species and strains. Different strains of a bacteria have different characteristics and thereby different effect. That’s why a probiotic needs to be defined on strain level. The definition of probiotics is beneficial microorganisms that have shown positive effects on human health in clinical studies. 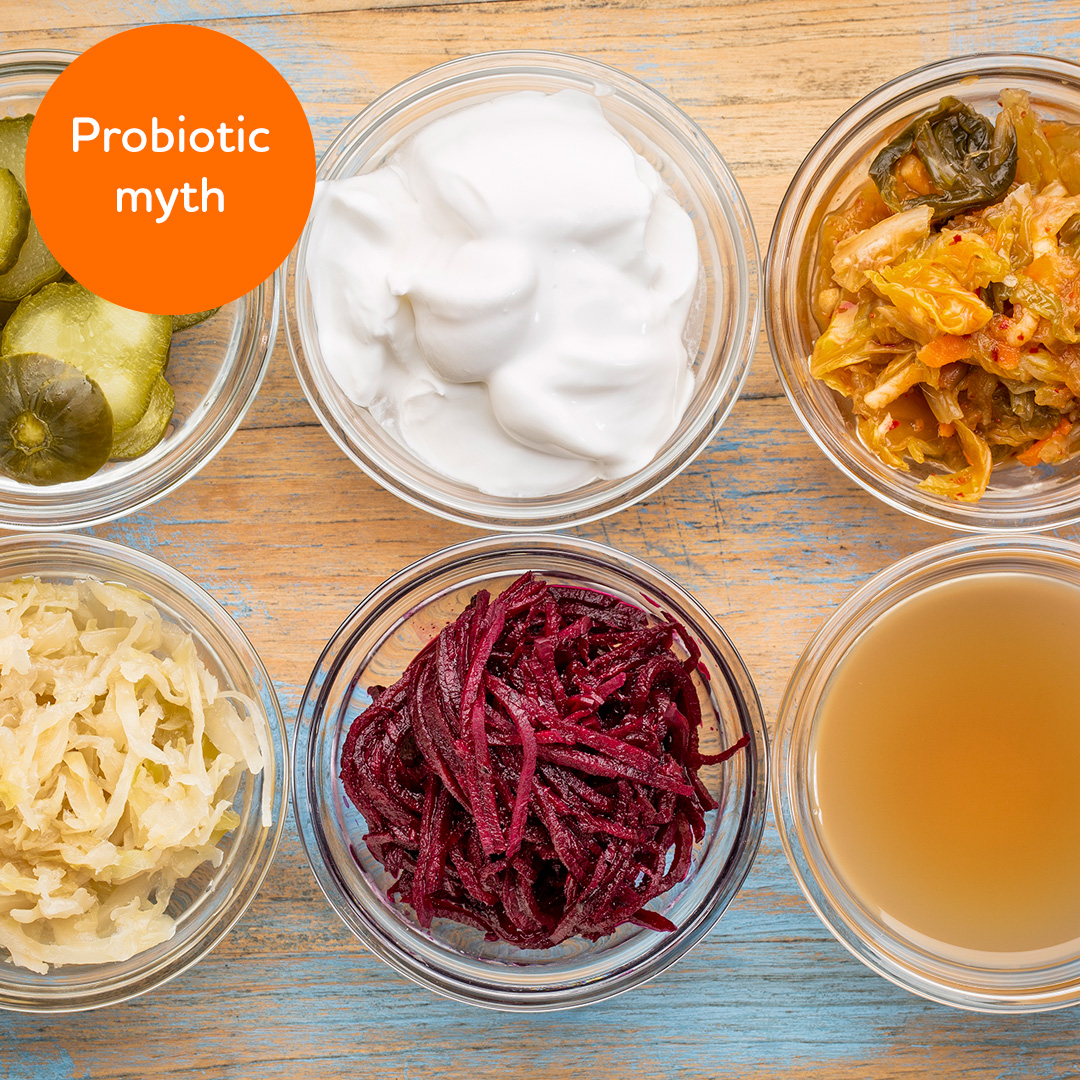 “Eating healthy food will give me enough probiotics”

Eating a wide variety of healthy foods promotes our gut bacteria, but it is not the same thing as giving a probiotic effect. A bacterium is called a probiotic, when its health benefits are proven in clinical studies. 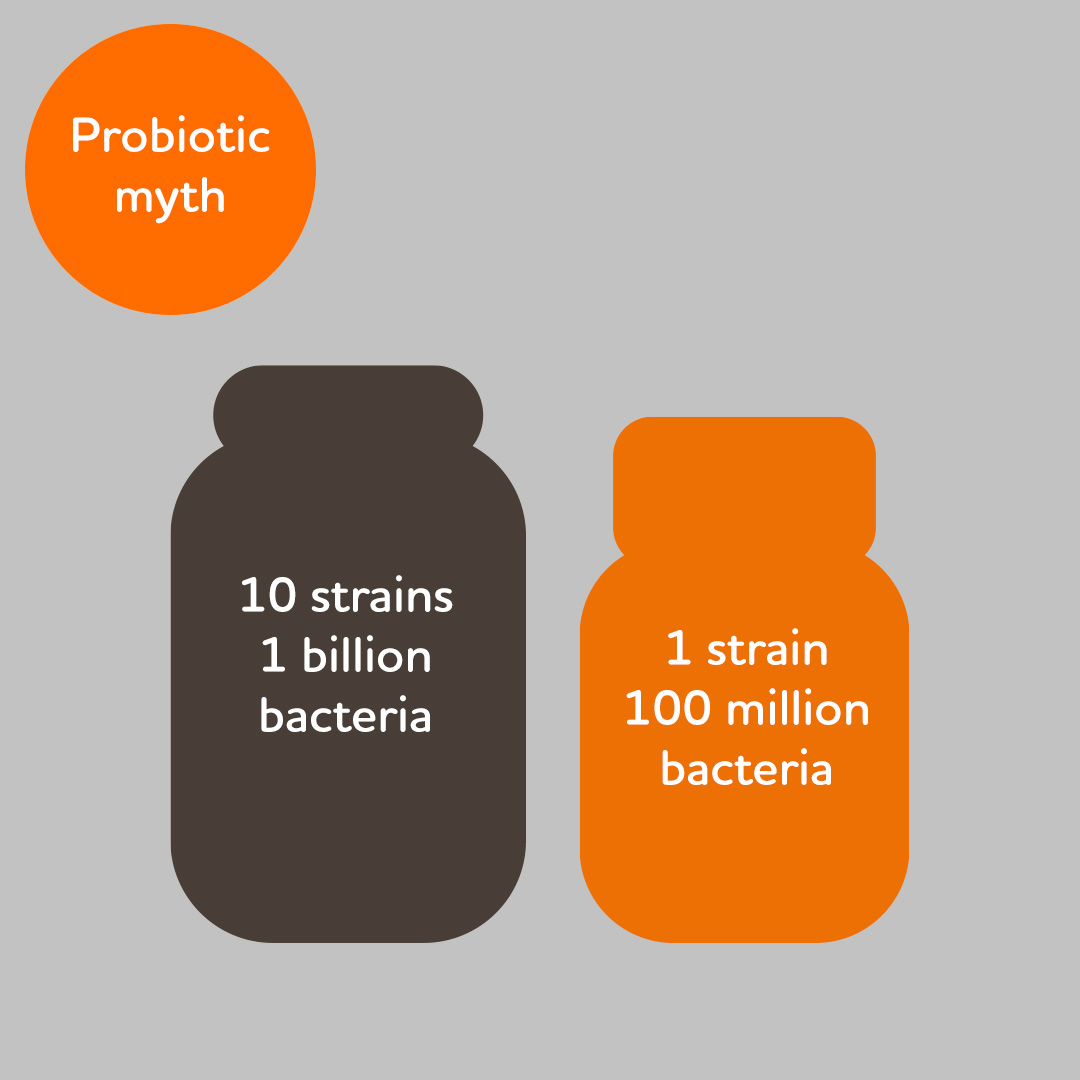 No, it is not the number of strains nor the amount of bacteria that determines whether a probiotic supplement has effect. It depends on which strain or strains the product contains. For some strains, a relatively low amount of bacteria is needed, while other strains require a larger amount. Further, most multi-strain products on the market lack clinical studies for the correct combination of strains. Health benefits of a probiotic need to be proven in human clinical studies. 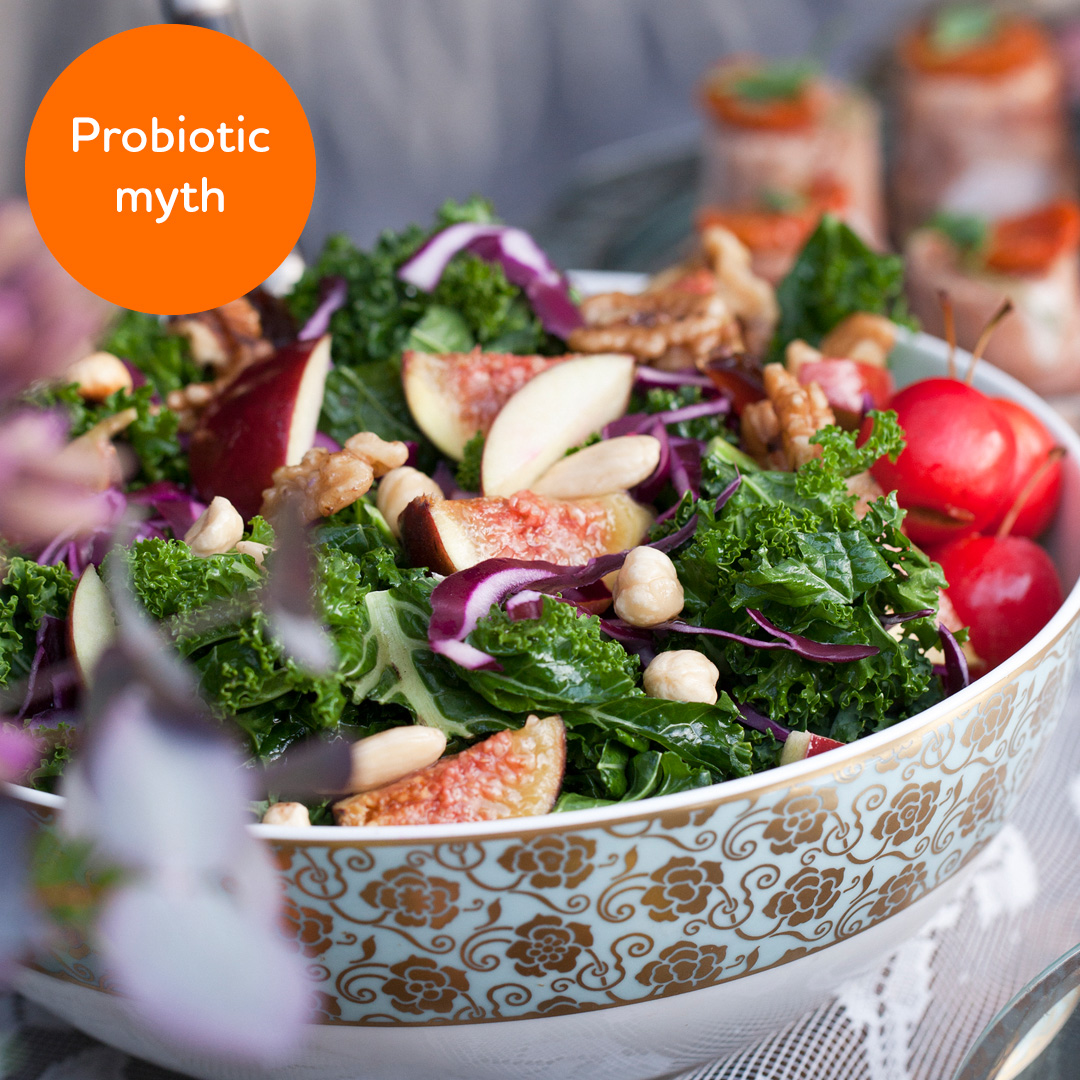 ”Prebiotics and probiotics are the same thing”

Probiotics are live microorganisms that, when administered in adequate amounts, confer a health benefit on the host. Prebiotics are non-digestible food content that stimulate the growth of bacteria in the digestive system in ways claimed to be beneficial to health. 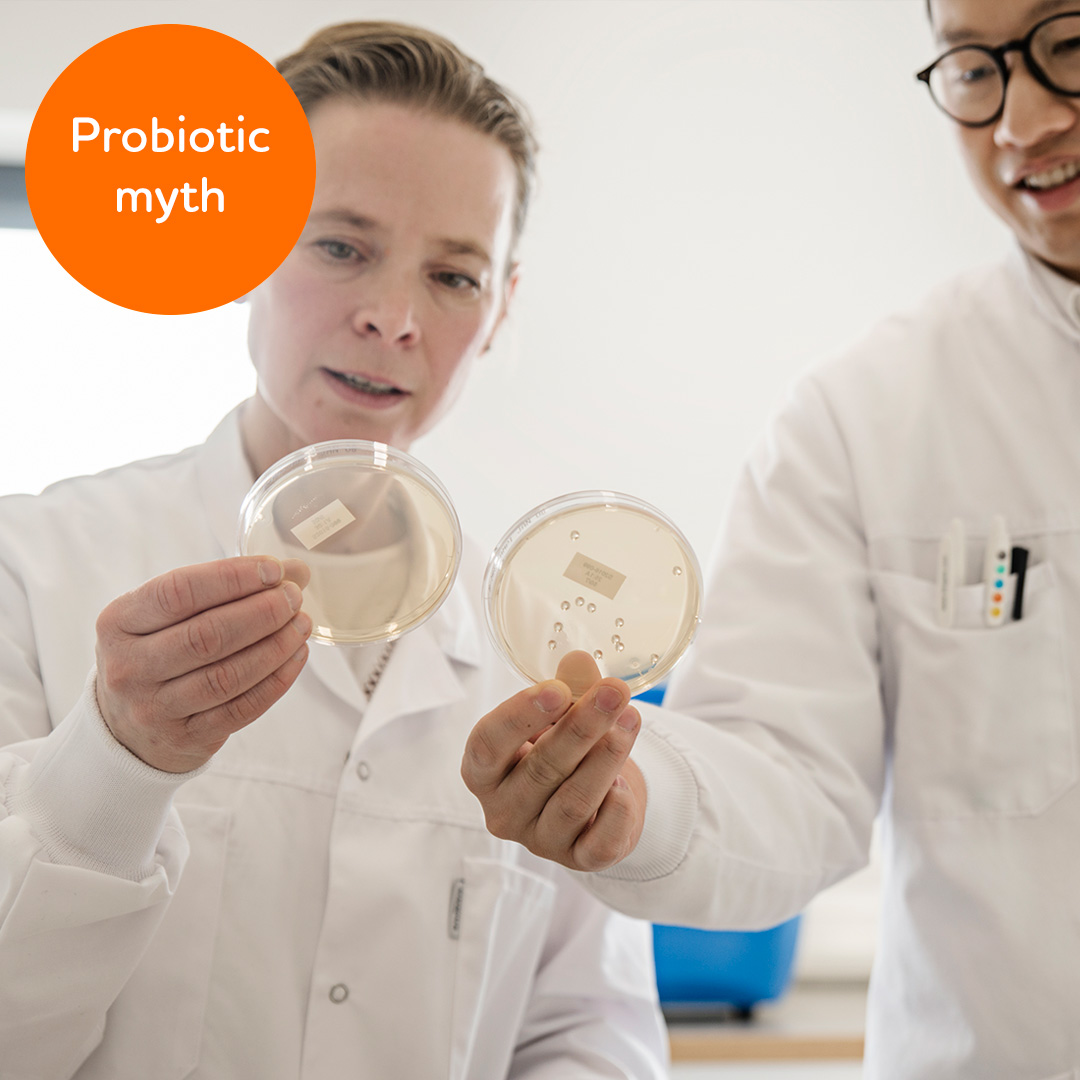 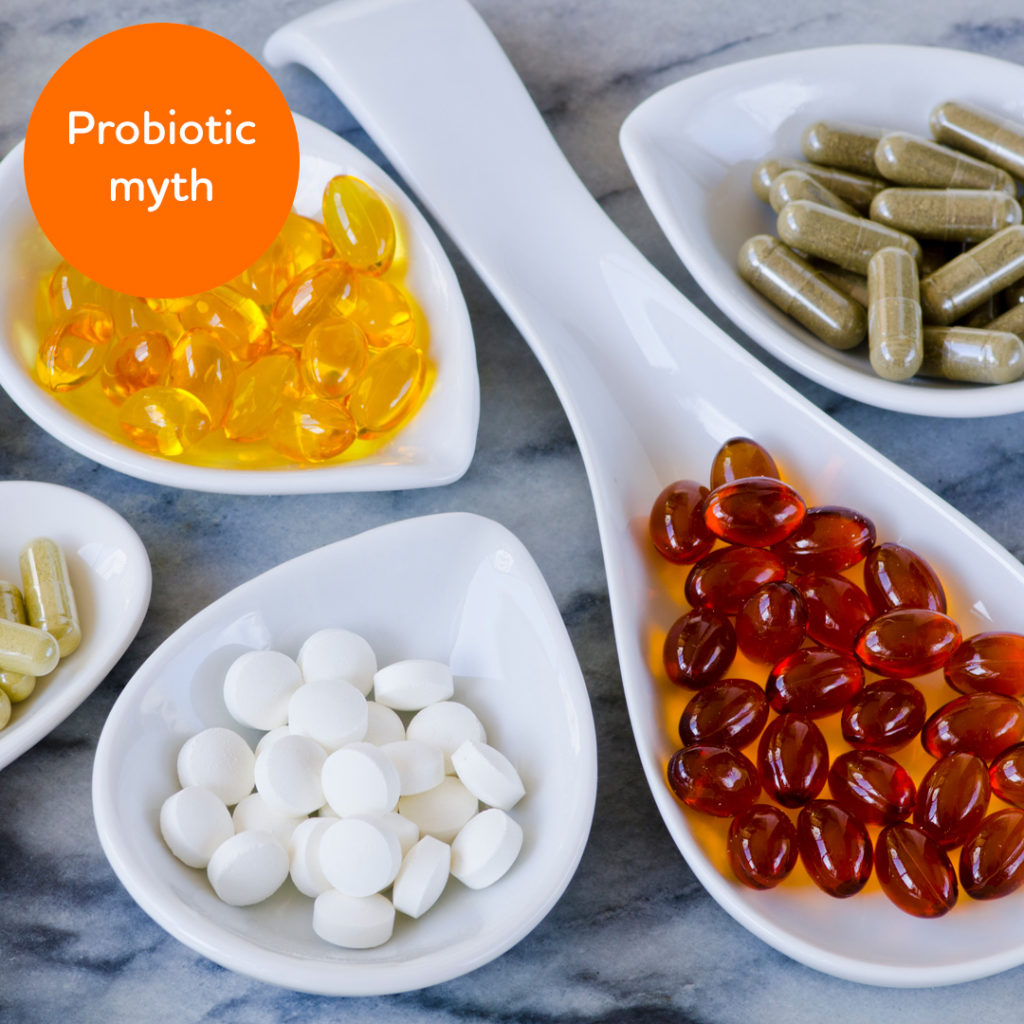 ”Probiotic capsules have better effect than probiotic tablets or drops”

No, it doesn’t matter if a probiotic supplement is taken as a capsule, a tablet or probiotic drops suspended in oil. A probiotic bacterium of human origin, such as L. reuteri Protectis, generally survives better in the human gastrointestinal tract than bacteria that are not of human origin.

BioGaia’s probiotic products with Lactobacillus reuteri are among the most scientifically well-documented probiotics in the world with regard to both efficacy and safety.

What is Lactobacillus reuteri?

Lactobacillus reuteri is one of few bacteria that has co-evolved with humans since the beginning of time.

Probiotics are live bacteria that are proven to benefit our health by restoring the bacteria balance in the body and thereby have a positive effect on several health conditions.