Developments in society and global change affect how people view health as well as opportunities for doing business. BioGaia works in close collaboration with researchers, suppliers and distributors to create value for stakeholders. 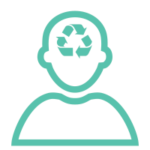 Consumers and other stakeholders will increasingly assess companies from a sustainability perspective. For example, consumers will want to know where products originate and whether they are produced in an ethical and sustainable manner. This requires a company like BioGaia to be transparent about where it stands and its sustainability initiatives. Together with distributors in each market, it is also essential to ensure that information and knowledge are available on the consumers’ terms.

BioGaia strives to be a sustainable producer of probiotics. The aim is to accept responsibility and take sustainability risks into account throughout the value chain – from supplier, via distributor, to consumer. Among other things, efforts are being made to reduce the quantity of material used and increase resource efficiency, have a safe production, safe products and an ethical approach in everything from research to business relations and marketing 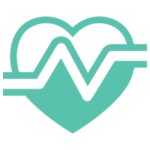 As the Western lifestyle spreads around the world, physical and mental ill health are increasing. More and more people are becoming ill as a result of stress, a sedentary lifestyle and an incorrect diet. At the same time, interest in health and health products is increasing globally. Sectors such as organic food and dietary supplements are expected to continue to see strong growth. Consumers are also seeking more and more information for themselves, on the Internet for example, about preventive healthcare.

BioGaia’s probiotics contribute to health and well­being for people in 100 countries worldwide. Today focus is on digestive and oral health, but the areas of use expand in pace with the establishment of research in new areas. 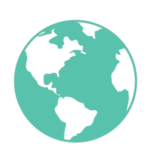 As the world’s population grows and ages, interest in health also increases. According to the UN the world population is expected to increase by one billion people to reach 8.6 billion by 2030. Of this billion, 300 million are expected to be over the age of 65.

The main global population increases in the next few years will take place in Africa, Asia (excluding Japan), Latin America and the Caribbean. In Japan, North America and Western Europe, the birth rate is falling while the population is aging.

BioGaia’s largest segment today is Pediatrics and while Europe is still the biggest market, expansion in both Asia Pacific and the Americas continues. In the Adult Health segment, BioGaia is well positioned for growth with products within digestive health and oral health. A large number of clinical studies with BioGaia’s bacterial strains are underway and new indications, such as the prevention of osteoporosis, provide the basis for continued product development. 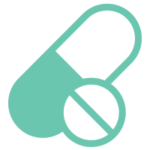 According to the World Health Organization, WHO, antibiotic resistance continues to increase and threaten effective treatment of common infectious diseases. One way to lower the use of antibiotics is to reduce prescriptions for viral infections such as colds, influenza and mild respiratory tract infections, where antibiotics have no benefits anyway. Another way is preventive work. If fewer people become ill, or have milder symptoms, the use of antibiotics can be reduced. This has been shown in studies with BioGaia’s L. reuteri Protectis strain. During the year a study was also published in the European Journal of Public Health which shows a correlation between intake of probiotics and a reduced need for antibiotics among children. By strengthening the immune system, probiotics can therefore play a key role in the fight against antibiotic resistance.

In the past decade, extensive research efforts, in particular the National Institute of Health (NIH) Human Microbiome Project, have determined that the microbiome is central for among other things the immune system and could play a major role in preventing or treating diseases. Here BioGaia’s research is at the leading edge through the subsidiary MetaboGen.

Thanks to a successful business model, BioGaia has been able to grow globally with a lean, efficient and agile organization.

BioGaia has a strong network of distribution partners around the globe. Most of the around 80 partners are pharmaceutical or other health companies.

BioGaia's products are sold through around 80 local distribution partners in 100 countries around the world.