BioGaia´s history goes back to the 1980´s, at the time when HIV was discovered. The two scientists Sven Lindgren and Walt Dobrogosz were investigating different probiotics in order to see what effects they had in this area. They found many important properties and positive effects with Limosilactobacillus reuteri (formerly known as Lactobacillus reuteri). At the same time, two Swedish entrepreneurs, Peter Rothschild and Jan Annwall, imported organic vegetables and exclusive yoghurt from France to Sweden. They were looking for an alternative way of preserving the vegetables during the long trip.

Probiotics in a ski lift and animal production

By coincidence, in a ski lift in Verbier in Switzerland, some years later, Sven Lindgren came to talk to a friend of Peter and Jan. They came up with the idea of combining the need of preserving the organic vegetables with the accessibility of L. reuteri, which was a patented probiotic bacteria.

Very soon they realised that L. reuteri was much more useful for other applications than preserving vegetables. Peter and Jan decided to ask another friend to look into the possibilities to use probiotics as a natural alternative to antibiotics in turkey and chicken production in the United States. At this time, 1990, BioGaia was founded.

From a technical point of view replacement of antibiotics was a very successful road to go. From a commercial point of view it was a disaster. It was slightly cheaper to buy probiotics than antibiotics and the breeders wanted the cheapest solution. However, the use of antibiotics in animal food and its connection to antibiotic resistance started to be a major problem only some years after BioGaia’s experiment.

The Circle of Life

The Research Director of BioGaia Dr. Ivan Casas was very fascinated by what he called “the circle of life”. He believed that there was more than one reason why newborn chickens were picking up and eating the faeces from their mothers and that this had to do with transfer of important microorganisms, from the mother to the sterile newborn bird.

He was convinced that the same situation was true for humans and this is not a controversial theory. It is generally accepted that newborn babies are almost sterile at birth and very sensitive to bad bacteria before they establish a microbial flora of their own. This flora should preferably come from their mother. Ivan was quite sure that L. reuteri was one of these bacteria that the mother should transfer to her baby, being a chicken or a human baby or any other mammal for that matter. 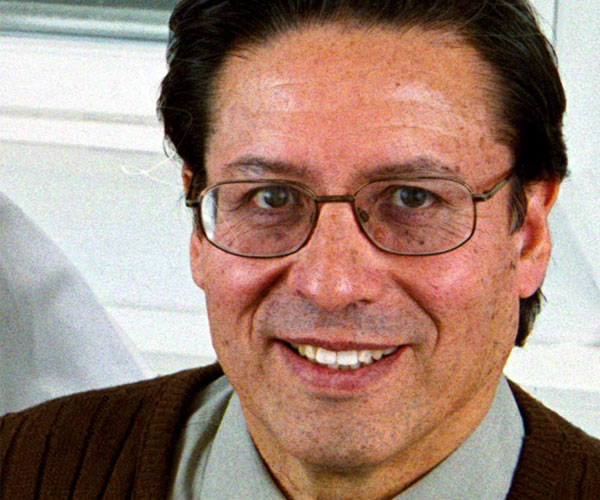 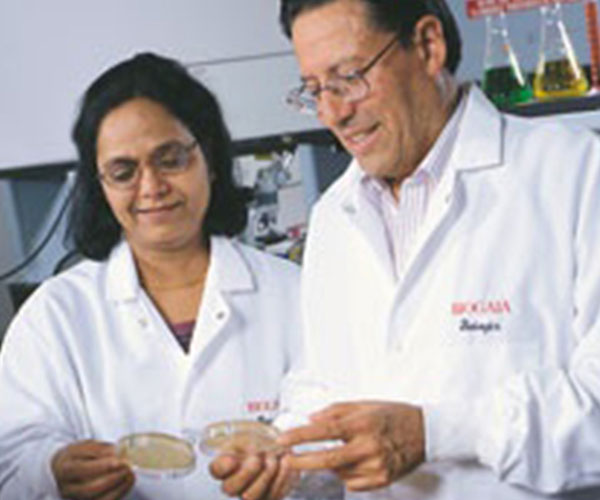 Climbing in the Andes for mothers milk

In laboratories all over the world, different strains of L. reuteri already existed, but when looking for a strain for commercial use in probiotic products for humans, Ivan wanted a strain that could somehow bring proof to “the circle of life” that he so strongly believed in. Ivan analysed breast milk from many mothers in the United States, where he lived, and also from South American mothers in Lima, Peru, without finding any L. reuteri. However, he was still convinced that L. reuteri should be found in breast milk if Mother Nature was to decide.

Ivan had his family in Peru and once when he was there for vacation he travelled to the Andes, visiting Indian villages. When he came down from the Andes, he went straight to the university laboratory in Lima and presented some samples of breast milk. It turned out that all of them contained numerous strains of L. reuteri, which were immediately isolated.

One of these strains is still used in BioGaia’s probiotic products all over the world. With some of the health-promoting properties of L. reuteri already documented, Peter and Jan acquired the commercial rights to the strain, but soon started hitting challenges.

One year after the establishment of BioGaia (1991) products in the functional foods segment were launched. At first the food industry claimed that consumers would not buy probiotic milk. Then the authorities decided that with probiotics added, such a product could not be called ”milk”.

Undeterred, Peter and Jan joined up with a small independent dairy and launched the first functional food product on the Swedish market, BRA milk (where B stands for bifidus, R for reuteri and A for acidophilus) which the authorities at first tried to ban. This innovative product was the first probiotic milk in Europe and the second in the world. Later on a probiotic juice and a cream cheese was launched.

During about ten years functional food products were sold parallel to the experiment of replacing antibiotics in animal foods, that took place in the United States. In 1998 BioGaia was listed on the Swedish stock exchange.

Beginning of a new era

In 2000 BioGaia changed focus to the dietary supplement area. The same year the chewable tablets were launched, two years later the straws. The following years drops, chewing gum and lozenges were launched. The pioneering approach of developing new products has been a guiding-star for BioGaia from the start and helped us become a world leader in the field of probiotics. Today BioGaia´s products can be found in more than 100 countries all over the world. The journey has just begun…

BioGaia's products are sold through around 80 local distribution partners in 100 countries around the world.

The first strain of L. reuteri (L. reuteri) for human use, L. reuteri DSM 17938, was isolated in 1990 from the breast milk of a Peruvian mother living in the Andes.

BioGaia is an innovative Swedish health care company and a world leader in probiotics with more than 30 years experience of developing, marketing and selling probiotic products.